Go Tell it On a Mountain: My Two Weeks at the Mont Blanc Workshop.

Picture this: White tipped mountain tops cascading into an evergreen hillside so mammoth that when you look out of the window of the tiny alpine apartment you rented from a Scandinavian expat who currently lives in London, there is no skyline—all you see is green. This is what happens every day, for two weeks, at the Mont Blanc Writing Workshop. 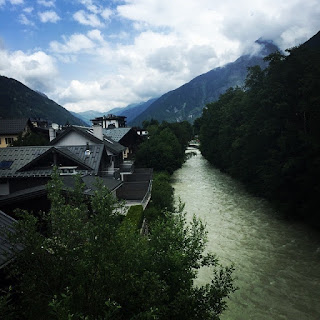 Some people may have been lured in by the fantastical scenery, or the chance to go abroad and be inspired by a foreign culture, or by the ability to spend time with like-minded writers from all over the world. These are all good reasons for a new writer to go to a workshop like Mont Blanc, but my reason was less picturesque—I wanted the chance to work with one of the writers whose work I had only just encountered in the months prior to applying, one who wrote the kind of prose I always wanted to write. For me, it was Alexander Chee. 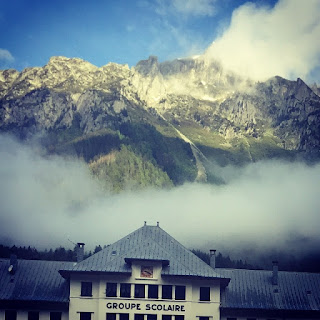 The first time I encountered Alexander Chee I was reading an essay he wrote for The Paris Review on James Salter’s A Sport and a Pastime. Chee began with a narrative in which he recounted working as a makeup artists on a gay porn set, recalling a scene wherein it was particularly difficult for the actors to “rise” to the occasion (pun intended). The director turned off the lights and closed the door so the actors could “work it out,” and Chee predicted that what happened in those moments were probably better than anything they actually recorded. He went on to say, “I thought about how something had happened in the dark that we couldn’t see, an excitement that couldn’t be in the film…It seems to me I am always in pursuit of that.” 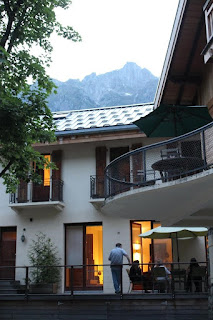 It is clear that Chee was talking about sex—but he was also talking about the moments in life we are too scared to reveal. Moments that reveal our flaws, whisper secrets, admit to lies, or publicize truths that have always seemed better left unsaid. As a nonfiction writer, my work has always been an act of recollection—a way to grapple with the past, collecting and re-collecting the moments in my life that have the ability to say something to the world that exists beyond myself. Part of this is the pursuit Chee talks about—timidly feeling around for these moments and memories in the darkness, and dragging them out to immortalize them on the page. So after scraping around for money and expediting my passport renewal, I made my way across the Atlantic to Chamonix, a little town in France—le pays de mon coeur as my grandmother calls it—to find someone who might help me shine a light in the darkest corners of my memory. 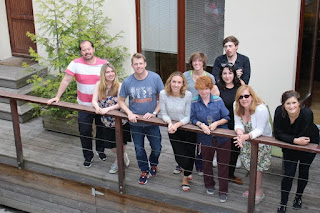 I could tell you I accomplished so much work there (which I did), and how my own project began to blossom again after looking at it from outside of the confines of an MFA thesis (which it did), or the relationships I built while I was there with writers I never would have met otherwise (this also happened)—but what good does that do you? Will it inspire you to apply to a residency next summer? Maybe. It is the same shit you hear from everyone who has told you how important these kinds of programs are? Probably. So instead let me tell you what I learned in the two weeks I spent in the foothills of Mont Blanc, and perhaps that will show the value of these kinds of workshops, both for those of you who are thinking of applying, and for myself who was broke for the rest of the summer after taking the risk. After a careful re-reading of my notebook from the workshop, here are the tips I will take with me throughout my writing career:

1.) Keep A Work Journal: One of the best things I learned working with Alexander Chee was to keep a work journal for writing—especially if you are writing a long form piece. Create a new entry after each writing session, ask yourself questions you have about characters, plot or the writing itself, jot down intuitions about the plot, and keep all your outtakes that you don’t think belong. Doing this allows you to come back to your writing the next day (or week, or whatever your rhythm is) and not have the anxiety of a blank page, because you’ve already given yourself a starting place. It also helps you resist the urge to go back and re-read your work over and over again—which, when you are writing a book-length piece, can slow you down immensely.

2.) “If you need to embroider, embroider the edges and not the center:” Alex said this was something Annie Dillard told him in a nonfiction workshop when he was in his MFA. Much of the work the members of our workshop brought to the table fell into the genre of memoir or autobiographical novel (even when some of us believed it wasn’t). He stressed the importance of not embroidering the center, because this is what gives the reader something to feel, see and touch. We can accomplish this by anchoring the stories in very specific things; however, when we begin to embroider we often fill the prose with abstractions, and the longer we stay in the abstract, the greyer the line gets. For me in nonfiction writing, the center is always the “truth”—the memory, the recollection, the stories I’ve be told throughout my life—and the edges are my own imaginings of the world these stories occurred in.

3.) “The writer must survive the writing:”  This is perhaps the sentiment I find myself recalling most after leaving France. Alex said it at one of our first meetings, where we all spoke about what we were writing about and where we stumbled into the area of trauma. As writers, regardless of genre, we often pull inspiration from our own lives and experiences, and oftentimes this involves moments and experiences that are traumatic. We spoke about the trials and tribulations of this kind of work, and that—as writers—it is important to realize when we aren’t ready to take on these experiences on the page. Often in workshop (I’ve seen it most commonly in nonfiction, but I whole-heartedly believe it is true in fiction and poetry as well), we submit something we’re not ready to receive criticism or feedback on, or we begin writing about something we haven’t finished emotionally processing and feel obligated to press forward in order to finish the project. This is putting the writer at risk, not only for the emotional repercussions of revisiting these traumatic experiences, but for not doing justice to the writing—we leave things out we don’t want to remember, or skew them in a way that feels less authentic to avoid dealing with the pain, or we are unable to receive any negative feedback about the work because it feels like our lives are being judged. Maybe this isn’t what Alex meant by his sentiment, but I think that in order to survive the writing, we must also survive the reaction to the writing. If we are not ready to hear those things, it is better to leave some stories untold—at least until we are truly ready to tell them.

4.) "I hope you leave more of yourself than when you came:" This is the wish Alexander Chee has for all of the writers that leave his workshops. At the end of two weeks I left France with thirty new pages (about 15 of which were usable), a recommended reading list that spanned four notebook pages, a copy of Erin Belieu’s Slant Six, a couple blocks of cheese and a group of friends and writers that I still talk to today. I learned about surviving my work, embracing my strengths and accepting my weaknesses as a writer. I learned that inspiration is everywhere—not just in colossal mountain ranges across the ocean, but in people you wouldn’t have met if you hadn’t taken a giant leap outside of your comfort zone. I learned that there are working writers and professors from around the country who are willing to guide and teach you, but also treat you as equals, and as friends. I learned about myself, and remembered why I started writing in the first place, and in that way I did leave more of myself than I was when I arrived. So you got your wish, Mr. Chee, and I hope one day I can help other writers feel that way too. For now, I hope this blog post will help inspire some of you to decide to travel to re-find your writely selves, wherever that may take you. 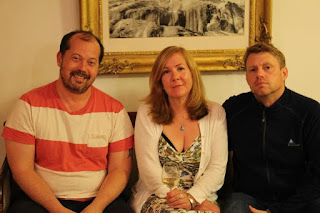 In addition to going to France and being an MFA in nonfiction, Nico Cassanetti loves corgis more than anyone else you know. She has written editorial pieces for LIFE|STYLE and M&V magazine, and has a prose poem forthcoming in the A3 Review in London this September. If you want to read other stuff by Nico, she made this little website for you: www.nicocassanetti.com.

The MFA at FAU

Promote Your Page Too

MFA@FAU
Master of Fine Arts program in Creative Writing at Florida Atlantic University, Boca Raton, FL. You can find us at: http://www.fau.edu/english/english_mfaprogram.php